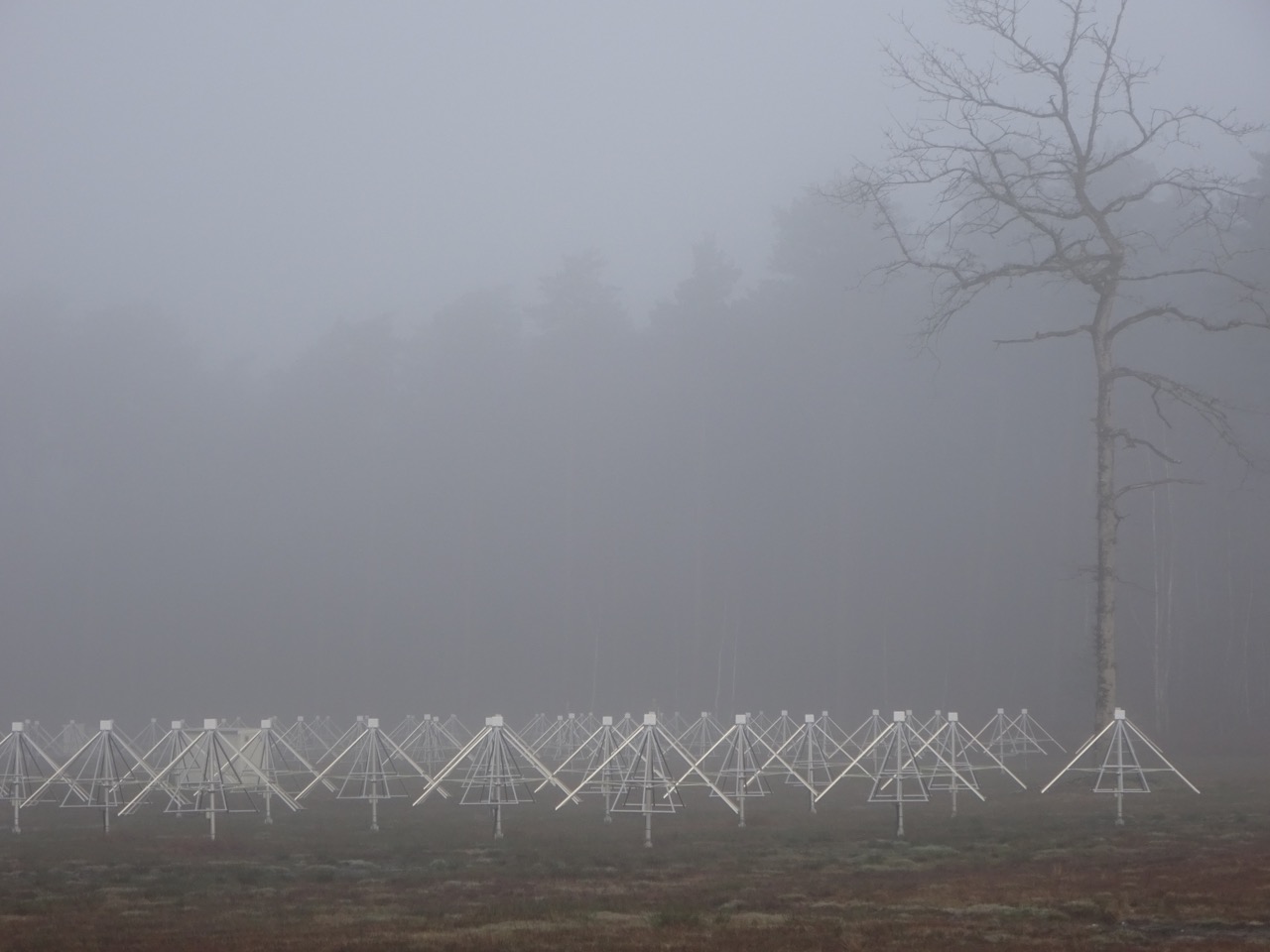 The NenuFAR radio telescope, the result of a collaboration between Paris Observatory – PSL, the University of Orleans and the CNRS, has been deployed since 2015 at the Nançay Radioastronomy station in Sologne. Labeled “pathfinder” of the future Square Kilometre Array world radio telescope, the instrument starts its large observation programs on July 1, 2019.

Acronym for New Extension in Nançay Upgrading LOFAR, NenuFAR is an array of nearly 2,000 antennas deployed over an area of 60,000 m2 in Nançay, on the Radioastronomy station of Paris Observatory, within the Nançay – USN scientific unit (Paris Observatory – PSL / CNRS / University of Orleans).

NenuFAR is already operational and will be further expanded. On Monday, July 1, 2019, it starts its major observation programs: birth of galaxies, magnetized exoplanets, pulsars, solar flares… About fifteen programs have been proposed by 140 French and foreign scientists for the so-called “Early Science” phase.

NenuFAR observes the sky in radio waves, in the lowest frequencies observable from the ground: from 10 to 85 MHz, i.e. 3.5 m to 30 m wavelength, making it the most powerful instrument on the planet in its frequency range.

NenuFAR electronically combines the signals from its thousands of antennas to point to the celestial source under study and thus produce images (intensity maps as a function of coordinates in the sky) and dynamic spectra (intensity maps as a function of time and frequency). Its antennas benefit from a very high performance preamplifier, jointly developed by the Subatech laboratory in Nantes (IMT Atlantique / CNRS / University of Nantes) and the Radioastronomy Station in Nançay. Its receivers are also the result of an original development. A user interface has been specifically developed for programming and monitoring this complex instrument. 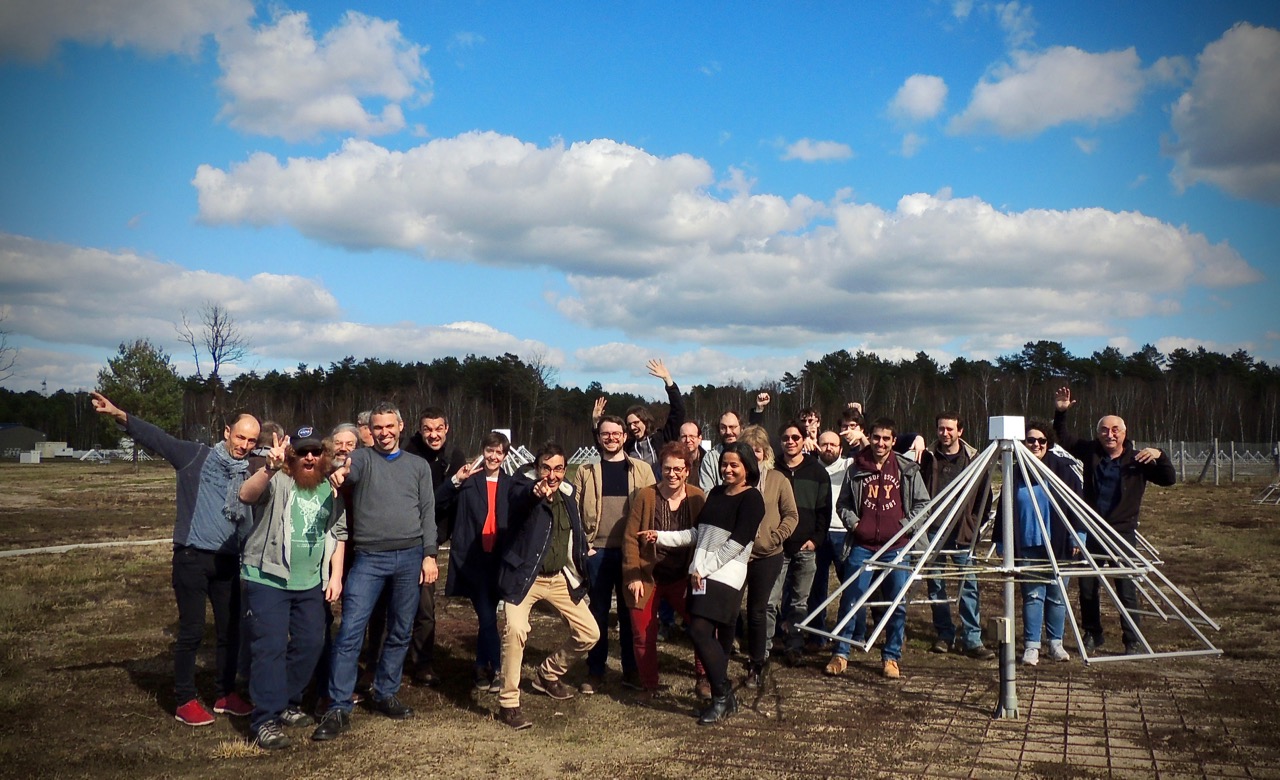 NenuFAR will operate in 3 modes :
• a wide-field imaging mode,
• a multi-beam mode dedicated to temporal and spectral studies, such as those of pulsars (hyperdense and highly magnetized dead stars in rapid rotation) and other transient sources,
• a high-resolution imaging mode by coupling with the 50 European stations of the LOFAR (LOw Frequency ARray) radio telescope, whose core is located in the Netherlands.

The main scientific objectives of NenuFAR are: radio detection and study of exoplanets, orbiting other stars; the Cosmic Dawn signal, the time of formation of the first stars and galaxies, 100 to 200 million years after the Big Bang; and the study of pulsars. Many other studies are envisaged: radio emissions from eruptive or magnetized stars, galaxies and clusters of galaxies, spectral lines in the interstellar medium, planetary lightning flashes, radio bursts from Jupiter’s magnetosphere and the Solar corona.

As no other radio telescope has yet observed in this frequency band with such sensitivity, there is real hope of discovering new types of radio sources, for example signals related to catastrophic events causing the emission of gravitational waves.

Through its commitment to LOFAR, NenuFAR has been labeled by the Ministry of Higher Education, Research and Innovation as a ″Infrastructure of Recherche″. It is also an official precursor, labeled “pathfinder”, of the future SKA world radio telescope, the Square Kilometre Array.

The “Early Science” phase, scheduled until the end of 2021, will combine scientific observations with the end of construction and development of the instrument. Its official inauguration will take place on October 3, 2019.